Comments Off on Perth in Focus: Local Government – amalgamation vs integration

We attended the Committee for Perth Perth in Focus luncheon on Thursday 27 June, which explored the issue of local government reform, the difference between amalgamation and integration and the impact for the future of the Perth region. The guest speakers and panelists were: Rodney Hide, QSO former New Zealand Minister for Local Government with key responsibility for Auckland’s reform to ‘super city’; Mark Ford and Rob Fisher, key personnel involved in the Auckland Transition Agency; and Jude Munro, former CEO of the City of Brisbane. Their accounts and insights from 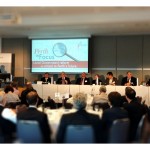